Sometimes, under extreme conditions, we must develop defences against assholes. The book by Robert I Sutton talks about former US military cadet Becky Margiotta and how she had to develop strong mental defences to endure ritualistic hazing from her senior cadets that involved verbal abuse and other forms of humiliation.

To keep her morale up, Becky dealt with this group of super-aggressive assholes by reframing their behaviour.

Reframing is a psychological technique used in cognitive behavioural therapy, and it allows patients to recontextualise their problems in a positive light and, in a way, turn lemons into lemonade. Or, in this case, assholes into allies, since Becky reframed the hazing as being imaginative and funny, and not threatening in the least. On occasion, she even laughed at her tormentors’ inventiveness as they hazed her.

Simply put, with the right frame of mind, you can turn a negative or threatening situation into an enjoyable challenge, and this can help you do better in it. A study of African-American students taking a math test found that the framing of the test affected test performance. African-American students are sometimes stereotyped as being at an educational disadvantage, and this stereotype is sometimes internalised by students themselves. But when the test wasn’t framed as a measurement of intelligence, but rather an interesting and challenging questionnaire, students didn’t focus on this stereotype, and results improved.

If you want to reframe an asshole’s behaviour, start by understanding that you’re not to blame. Instead, imagine that there might be a perfectly plausible reason for their actions. For example, perhaps something stressful is going on in their personal life that you’re unaware of. This form of reframing is called reappraisal, and there’s science to back up its effectiveness as well.

In a Stanford University study, students had their reactions analysed after being shown “upsetting” photographs of angry people. After the first batch of photographs, some students were then given reappraisal training, where they were told to consider that maybe the angry people in the pictures had just had a bad day and that the real source of their anger was someone else. These students were significantly less upset by the subsequent photos than those who weren’t given the chance to reappraise.

So put reappraisal to use in your life too! 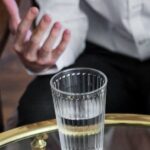 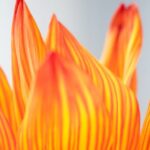